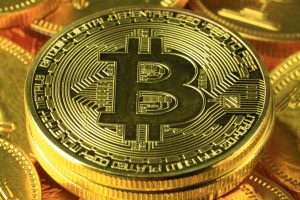 If you want to make money in 2020, the way to do it is to find some product connected with COVID-19, convince everyone that they need it and then sell it to them. Such would be the master plan. Let us look at the options to get rich quick…

First contender, face-masks. The problem with face-masks is, to put it mildly, that it is a real struggle to come up with strong evidence for their efficacy, even their strongest advocates admit the evidence is “mixed” (every report even in the NYT uses words such as “some” experts suggest they “may” be of benefit) and they do, in practice, do very little to prevent the spread of the disease. What is even worse, is that there are now warnings being issued by some doctors that extended wearing of face masks produces a nice bacterial mix in the face mask because of the perfect temperature caused by the warm air you are continually exhaling and inhaling, and that, soft, abosrbent material in your mask leading to a perfect breeding ground for all sorts of nasties normally exhaled into the open air, that can lead to bacterial forms of pneumonia. Risky investment! However, some countries like South Africa are giving it a good go, you can now report your spouse for refusing to wear one in the house and it is as serious a crime as attempted murder, so there is potential to make some money in SA. However, elsewhere, the ridiculous looseness of the requirements in the various countries around the world (from a handkerchief or headscarf around the mouth or your favourite bandana) and the negligent attitude to enforcement, is a silent admission that it is primarily a psychological ploy to help people “feel safe” so they can go out and spend some pennies before there is a worldwide economic collapse which would be far worse than any novel coronavirus.

What is even worse, is that there are now warnings being issued by some doctors that extended wearing of face masks produces a nice bacterial mix in the face mask because of the perfect temperature caused by the warm air you are continually exhaling and inhaling, and that, soft, abosrbent material in your mask leading to a perfect breeding ground for all sorts of nasties normally exhaled into the open air, that can lead to bacterial forms of pneumonia.

Second contender, the vaccine. Now this one is much more promising. If you can convince the governments of the world that vaccination should be mandatory, patent it and license it, you could really make serious $$$s. The current position of many governments around the world, seems to be this by default; there are all sorts of vaccine trials around the world and the current mainstream advice for many Americans and Europeans, is to stay home and wait for a vaccine. Rest secure in your beds that the big pharmaceuticals have you in mind and it is in their interest to develop a successful vaccine — your caring, sharing government and WHO will make sure of that!

Now, there is a rather serious problem though:

There are now over 109 different strains of so-called COVID-19: this means any vaccine is likely to be about as effective as most other flu vaccines, which is not great and sometimes contribute to the spread of the disease rather than protect people from it. With continuing mutations, there will be a law of diminishing returns unless you can set up a vaccine pipeline.

So, we could rescue our masterplan and ensure our vast income for decades to come by creating a vaccine pipeline for this uncurable plague that is killing millions!! Of course we need to conflate infections with mortality, we can learn from the British treatment of the stats and never permit anyone to be registered as recovered and always to die after infection, so let us ignore that little wrinkle…as long as we have “millions” in our narrative, we cannot lose, “money, my personal Saviour!”

However, a group of seditious doctors — and despite the NYT saying they only “claimed” to be physicians — it seems there were over 600 bona-fide physicians signatures on a declaration from their first conference which you can watch here, which says that a simple medication, which has been certified as safe for over 70 years by the WHO, can, with simple minerals such as Zinc, treat the disease effectively. One doctor publicly stated they had treated over 300 patients successfully using it in the early stages of the disease. The same compound is also effective in prevention of the disease with a tiny dose every two weeks. They also state that there was a range of other antibiotics that are effective in the later stage of the disease where it seems the body reacts to it as if it was a bacterial infection rather than a virus (antibiotics primarily work on bacteria).

Yes, I admit it, this was the essence of that same video that got 20 million hits in a day before it was deemed “inaccurate” and taken down. CNN reported that they were Trump supporters — surely a good, solid, medical reason to ignore them and said they dismissed wearing face masks and social-distancing. Thus, just a bunch of crackpots which can be ignored and well-done social media for shutting them down but leaving our hardcore porn up! My own BBC reported that it was “misinformation” and they rejected social distance and wearing — trouble was, I watched one doctor in the group explicitly say people could wear face masks and social-distance but needed additional information so they could make these medical choices with their own doctors rather than being told by the government that their doctors were wrong.

I was beginning to feel like I was Maria Conchita Alonso’s character in Schwarznegger’s The Running Man listening to complete fabrications by the most powerful media in the world and realising it was not news but propoganda I was listening to. I was suffering a painful epiphany of the bad faith of my Party like Winston in Orwell’s 1984. Indeed my one time opponents were actually rigorous and scientific — they highlighted that it was unprecedented that doctors could write a prescription but the pharmacist was authorised by their state to disregard the prescription and to report the doctor for prescribing it. They highlighted the obvious flaws in studies — so much so that the primary critical study that had appeared in probably the most senior academic medical journal The Lancet had been withdrawn two weeks after publication because one of those very same doctors had exposed the data as FAKE!! Another senior doctor in the group said that the barrage of contrary studies which had appeared but most of which had been withdrawn had atrocious methodologies,

“it was not surprising to demonstrate that there were toxic effects from the drug when it was given in toxic quantities — that is true of all sorts of medicines. If you give 10x dosage in one day at the incorrect stage of recommended treatment in the progress of the disease that we are recommending every two weeks, do not be surprised that there are toxic effects”.

Yet they had served the purpose to create a negative narrative that was now being pushed mercilessly and without compromise and nothing inconvenient like “facts” or “evidence” is going to make any difference. Still, if you are a sucker for punishment or long for the days when we were open to reason and debate, you can plough through the whole conference (about 3 hours) — you hear, a detailed, competent, scientific assessment of the disease and its treatment and how this is being systematically denied to most Westerners.

All this sounds eminently reasonable to me. They were not fake doctors, for the media there seemed no attempt to deal with these medical issues, no attempt to explain why a medicine that has been approved for 70 years was now too dangerous for Americans and Europeans but is widely used and able to buy over the counter in Asia; it was simply enough to call it “misinformation”, call them Trump supporters — presumably a Trump supporter cannot be competent doctor or any other professional for that matter — and pull down the video.

Thus, as my conclusion I can only reinforce the thesis of my previous article, the truth really does not matter and “science” now fits the presuppositions that is demanded of it, especially when there is money to be made or a lockdown to be executed for some backdoor social reform programme/revolution on behalf of the New World Order. In summary, the only possible explanations for this wall of unreasonableness, are:
1. That the potential billions of $$$s that can be made by licensing “new” drugs and vaccines is sufficient incentive to dismiss the specific points of medical criticism without even attempting an answer. (A wonderful example of the philosophical distinction between reasons for and causes of a belief — in rational people the reasons should be the causes). The new “COVID economy” could help the world economy recover after the governments of the world had vandalised them and the drug companies will give a cut to whoever supports the narrative that we need new drugs and new vaccines.
2. There can be no circumstances under which it can be suggested that Trump correctly identified a possible treatment — what is at stake in the November elections for the restoration of Western civilisation, justifies all lying, misrepresentation and irrationality.